To War with the 4th: A Century of Frontline Combat with the U.S. 4th Infantry Division, from the Argonne to the Ardennes to Afghanistan

We thought our readers might like to know a little more about the authors of soon to be released To War with the 4th: A Century of Frontline Combat with the U.S. 4th Infantry Division, from the Argonne to the Ardennes to Afghanistan- coming soon to http://www.casematepublishers.com and everywhere fine books are sold!

Michael Collins is an American historian who lives outside of Albany, New York. He co-authored the book Voices of the Bulge with his good friend and co-author Martin King and he is currently the historian for the 10th Armored Division Veterans Western Chapter. With help from the Western Chapter and Martin King, he fund raised and ran logistics for having a 10th Armored Division plaque dedicated next to a tank turret in Bastogne, Belgium in December, 2011 to commemorate the 10th Armored Division veterans who fought during the Battle of the Bulge. His primary interest is preserving the memory of World War II veterans through oral history and photographs.

Michael has lectured on the importance of oral history and the Battle of the Bulge at numerous venues including colleges, military bases, and museums. He traveled on an extensive book tour of the north eastern United States with fellow co-author Martin King which included stops at West Point Military Academy, Fort Dix, Valley Forge Military College, and the U.S. Navy Museum.
He has worked for various museums in the north eastern United States including the Destroyer Escort Historical Museum, the New York State Military Museum and Veteran’s Research Center, Irish American Heritage Museum and Connecticut’s Old State House. He currently works at Siena College in Loudonville, NY in the library’s audio-visual department.

Michael is interested in World War II history and 20th Century U.S. and European History. He received his Bachelor’s degree in history from Siena College and his Master’s degree in Public History from Central Connecticut State University. 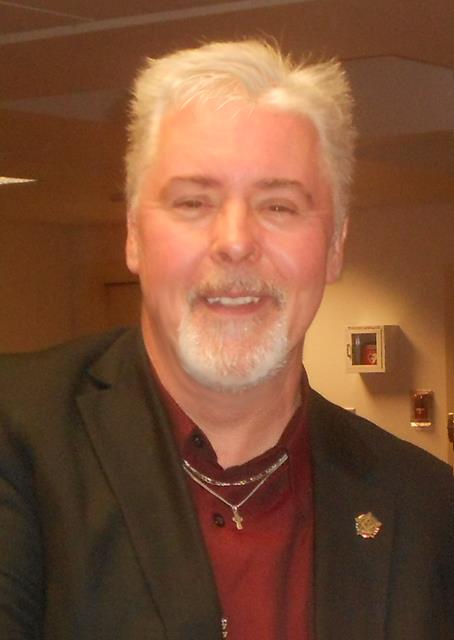 Martin King is a British Military Historian/Lecturer and published author who lives near Brussels in Belgium. He has had the honor of reintroducing many US, British and German veterans to the WWII battlefields where they fought. He lives in Belgium near Antwerp where he spends his time writing, lecturing, working with veteran organizations and visiting European battlefields. He is married, has two children and has been resident in Belgium since 1981. Previous to that he attended Wakefield Technical and Arts College and followed a course in Teacher Training and European History.

His voluntary work tracing the individual histories of veterans and their families has been a labor of love for almost 20 years. He speaks German, Dutch, Italian, and French and has a working knowledge of Japanese. Frequently in demand as a public speaker he has lectured at many British and US military bases throughout the world. His activities came to the attention of some major military documentary makers in Hollywood. The History Channel hired Martin to be their Historical Consultant on their series “Cities of the Underworld”. In 2007 he began a new assignment working as a Historical consultant/writer on the hit series ‘Greatest Tank Battles’,  reputedly one of the most watched military documentaries ever made. Shortly thereafter he accepted an invitation to work as a Presenter/Historical Consultant on an episode of the series ‘Narrow Escapes’ with Bafta Award winning documentary makers WMR. 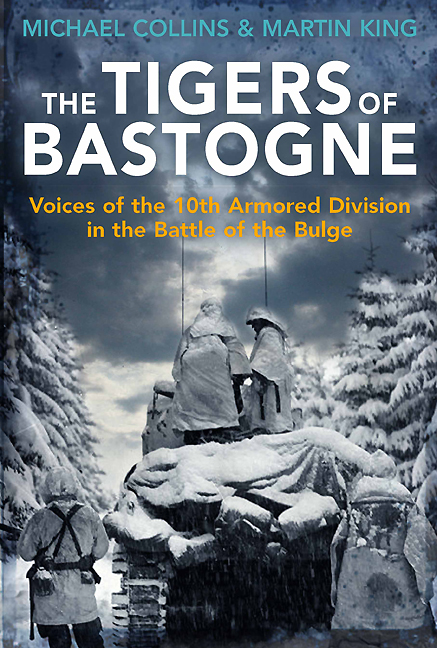 In 2014 Martin became the executive producer and appeared in a documentary based on the life of Nurse Augusta Chiwy titled ‘Searching For Augusta -The Forgotten Angel of Bastogne’ directed by 10 times Emmy award winning director Mike Edwards. In 2015 the documentary received the Emmy award for ‘Best historical documentary. His previous book ‘The Fighting 30th –They called them Roosevelt’s SS’ co-written with David Hilborn and Mike Collins is still going strong. 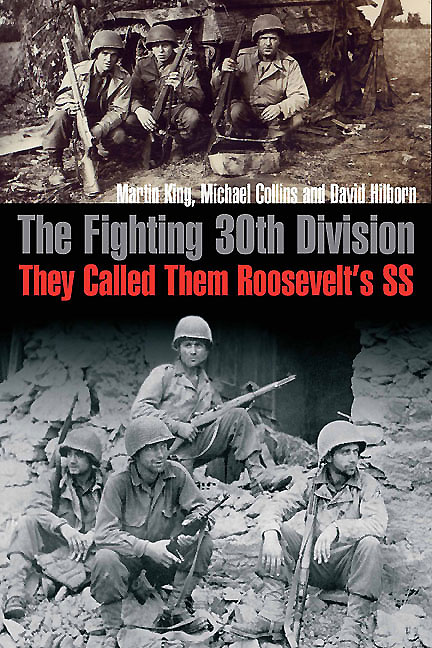 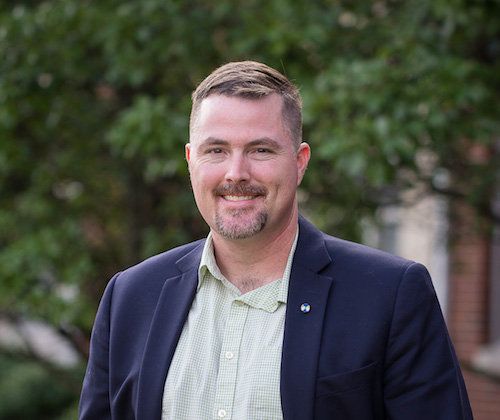 Originally from the Washington, D.C. area, Jason Nulton is an Air Force veteran and author who served as a logistics officer and unit commander at locations throughout the United States, Africa, Europe, the Middle East, and Afghanistan. Now teaching leadership and energy science at Ohio Valley University, he holds two masters’ degrees and has appeared in the webcast “The Bulge: The First Seven Days.”He is currently writing his next volume based on the true story of a Vietnamese family who escaped Saigon the day before it fell in April 1975.

No American division in France has excelled the magnificent record of the 4th Inf. Div., which has been almost continuously in action since it fought its way ashore on the 6th day of last June; but in my opinion your most recent fight, when such a depleted and tired division you halted the left shoulder of the German thrust into the American lines and saved the City of Luxembourg, is your most outstanding accomplishment. 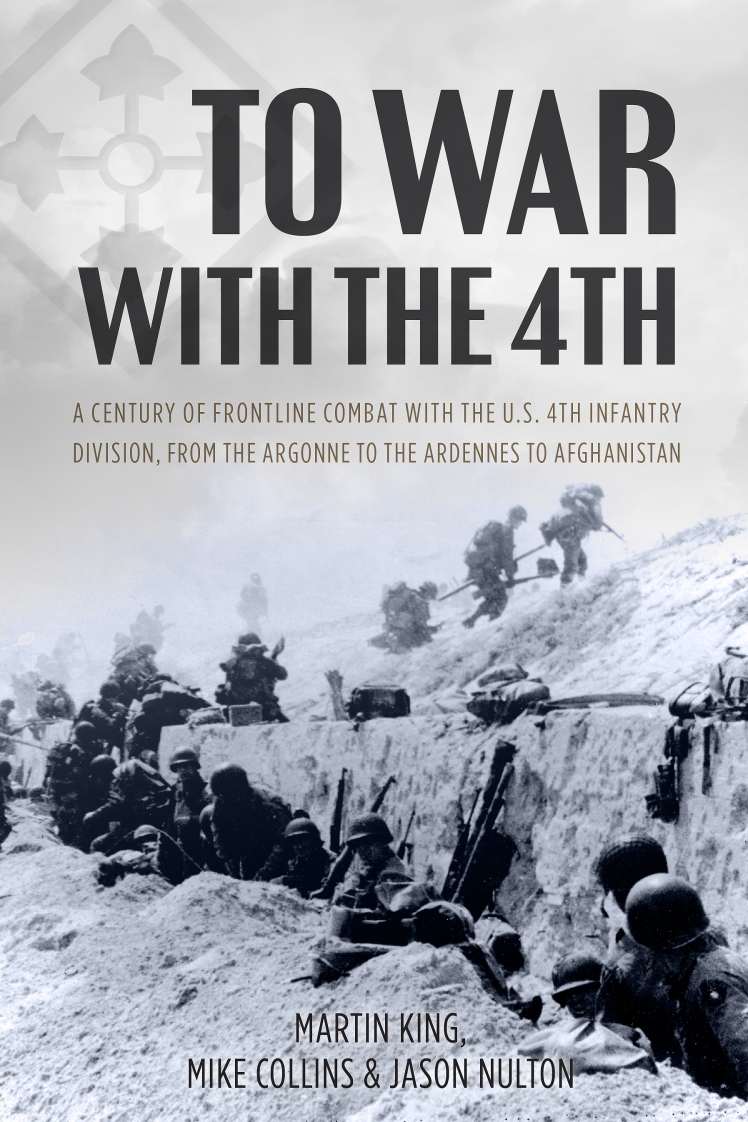 They would go on till the end. Then the 4th would take the fight to the enemy in Vietnam, Iraq and Afghanistan and remain as their motto describes ‘Steadfast and Loyal’.