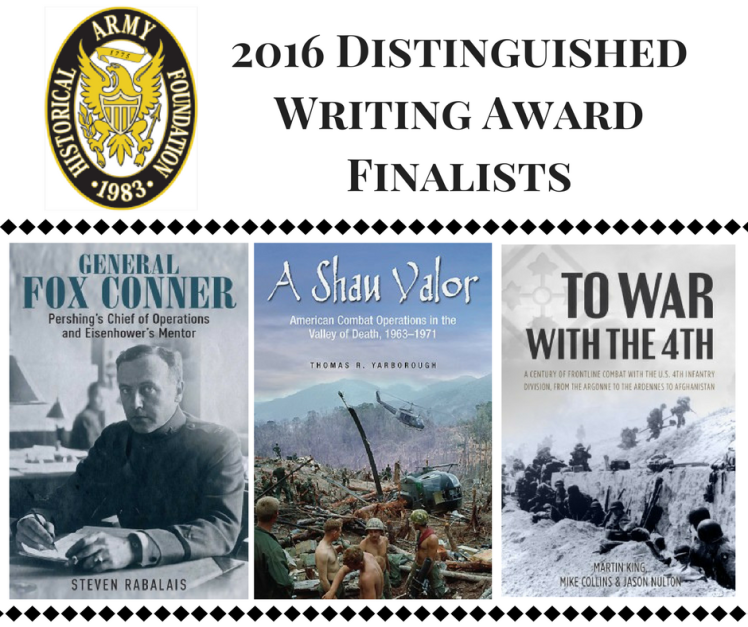 We are excited to announce that three of Casemate’s titles have been selected as finalists for the 2016 Army Historical Foundation Distinguished Writing Awards.

The AHF Distinguished Writing Awards program was established in 1997 to recognize authors who make a significant contribution to the literature on U.S. Army history.

To celebrate the nomination, we’re offering 25% off these books on the Casemate website. To redeem this offer, enter the code 107-17 on our website at checkout. This offer is valid until the end of February.

Read More About the Award Finalists:

American Combat Operations in the Valley of Death, 1963-1971

Throughout the Vietnam War, one focal point persisted where the Viet Cong guerrillas and ARVN were not a major factor, but where the trained professionals of the North Vietnamese and U.S. armies repeatedly fought head-to-head. A Shau Valor is a thoroughly documented study of nine years of American combat operations encompassing the crucial frontier valley and a 15-mile radius around it—the most deadly killing ground of the entire Vietnam War.

Other works have focused on individual battles or units, but A Shau Valor is the first to study the nine-year campaign—for all its courage and sacrifice—chronologically and within the context of other historical, political and cultural events.

To War with the 4th

A Century of Frontline Combat with the U.S. 4th Infantry Division, from the Argonne to the Ardennes to Afghanistan

The 4th Infantry Division has always been there in America’s modern wars. On 14 September 1918 the men of the “Ivy” Division stood up in their trenches and prepared to attack. In World War II on D-Day they scrambled ashore across the sands of Utah beach and remained fighting in Europe. In Vietnam they would execute precarious “search and destroy” missions in dense jungles against a determined and resourceful enemy. They fought in Iraq to topple Saddam Hussein, and in May 2009, at the height of Operation Enduring Freedom, the 4th Infantry Brigade Combat Team deployed to Afghanistan for a 12-month combat mission. 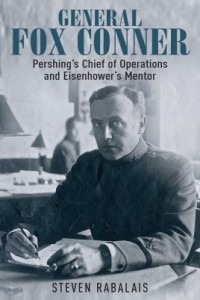 General Fox Conner presents the portrait of the quintessential man behind the scenes in U.S. military history. John J. Pershing considered Fox Conner to have been “a brilliant solider” and “one of the finest characters our Army has ever produced.” During World War I, General Conner served as chief of operations for the American Expeditionary Force in Europe.

Dwight D. Eisenhower viewed Fox Conner, as “the outstanding soldier of my time.” In the early 1920s, Conner transformed his protégé Eisenhower from a struggling young officer into one of the American army’s rising stars. This book presents the first complete biography of this significant, but now forgotten, figure in American military history.