James Huffstodt recently discussed his book, “Lincoln’s Bold Lion,” at Saratoga Springs History Museum. The book is about Civil War Union Brigadier General Martin D. Hardin who grew up in Saratoga Springs. He was wounded four times, lost an arm to amputation, was mentored by President Lincoln, fought at Gettysburg, and played a key role … END_OF_DOCUMENT_TOKEN_TO_BE_REPLACED 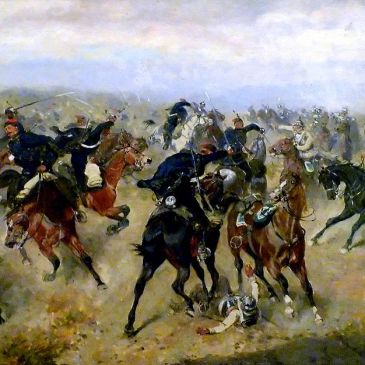 Today marks the 150th anniversary of the Battle of Königgrätz.  This was the decisive battle of the Austro-Prussian War, in which the Kingdom of Prussia, commanded by Helmuth von Moltke, defeated the Austrian Empire, commanded by Ludwig Van Benedek. In the introduction to Quintin Barry’s study, The Road To Königgrätz: Helmuth von Moltke and the Austro-Prussian War, he writes: … END_OF_DOCUMENT_TOKEN_TO_BE_REPLACED

LINCOLN’S BOLD LION  author James Huffstodt performed in character last weekend as an old Civil War veteran who knew General Hardin. He was featured during the Woodville (Fl.) Festival at the Woodville Library near Tallahassee, an annual event  and celebration of the history and people of Woodville Florida that includes music, historical re-enactors, literature, plays, demonstrations, and vendors of all … END_OF_DOCUMENT_TOKEN_TO_BE_REPLACED

Originally Featured on St Augustine Register.com 02/06/2016 Posted: February 6, 2016 – 11:31pm  |  Updated: February 7, 2016 – 12:02am The story of Martin Davis Hardin provides more than a combat record — in fact, it comprises a tour through 1800s America, with its most costly war only the centerpiece. Abraham Lincoln was a close friend and political ally … END_OF_DOCUMENT_TOKEN_TO_BE_REPLACED

Casemate is proud to announce that authors Ed and Cathy Gilbert were recently awarded the Presidential Service Center’s Distinguished Service Medal. Presidential Service began with the American military, in the late 1700’s, as military aides and other positions.  In the 1880’s The US Navy requested of President Rutherford B. Hayes, to open a “mess,” (or restaurant) which … END_OF_DOCUMENT_TOKEN_TO_BE_REPLACED

We’re excited to announce that our Fall 2015 catalog is now available! Download our new catalog by clicking on the image above. This is our largest catalog yet and we are pleased to present to you the great selection from our distribution publishers and our own line that will be available this year. There’s definitely … END_OF_DOCUMENT_TOKEN_TO_BE_REPLACED

We’re pleased to announce that The Armies of Bismarck’s Wars: The Army of Prussia–History, Uniforms and Equipment, 1860–1867 is now available from Casemate Publishers! This fascinating new book, written and illustrated by Bruce Basset Powell, chronicles the Prussian army from its growth from the end of the Napoleonic Wars to the reforms of the eighteen sixties followed by … END_OF_DOCUMENT_TOKEN_TO_BE_REPLACED

198 years ago, after the American defeat at the Battle of Bladensburg, Major General Robert Ross and his British troops set their eyes on the US Capital, Washington, D.C. Upon hearing of the retreat of American forces in the battle, residents of Washington, D.C. fled their houses and headed to the woods.  During the evacuation, … END_OF_DOCUMENT_TOKEN_TO_BE_REPLACED

Casemate’s Fall 2012 catalog is now available! Check out all of the great recently released and upcoming titles from military history publishers around the world.  There’s sure to be one title that’s a perfect fit for you! 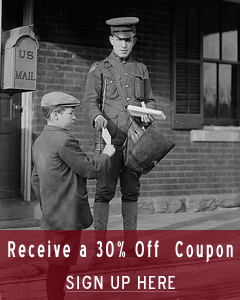 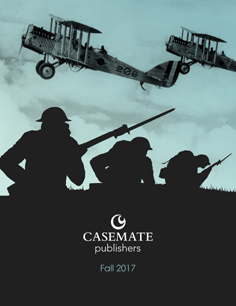